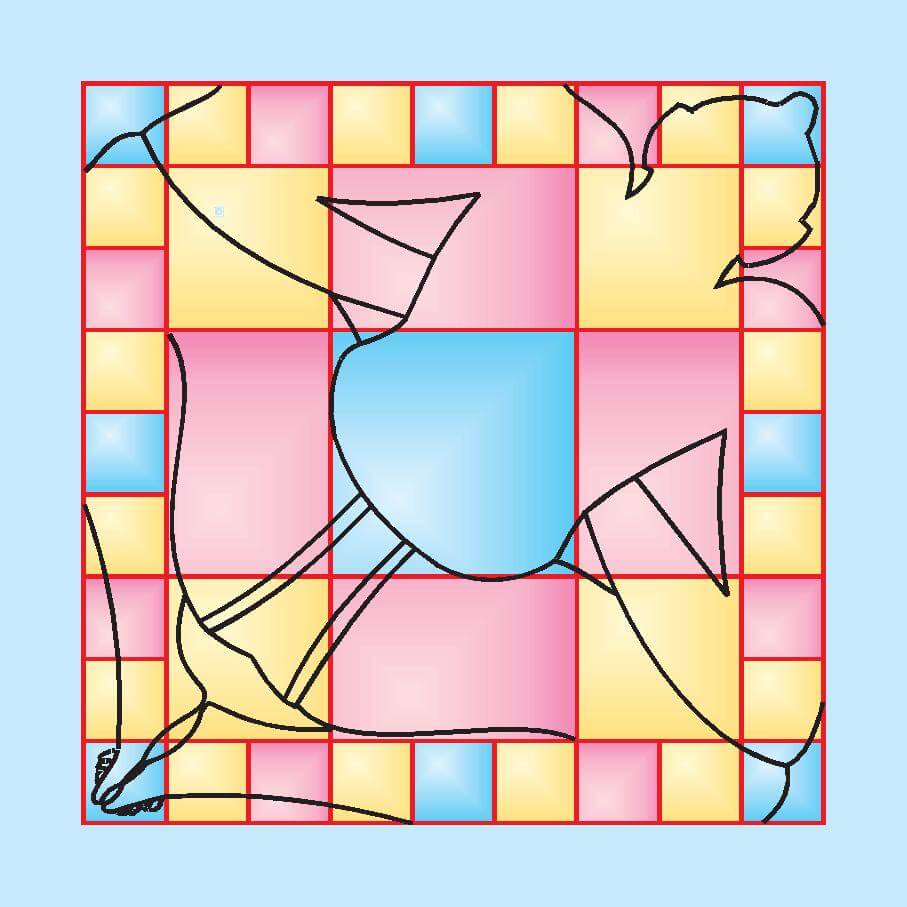 The sages of ancient times had great knowledge of the stars, planets the sun and their effects on our existence. They had studied the movement of the sun and its effect on human lives. The energy grids were also known to them and they are also shown on the Vastu purush mandala. Modern science has also discovered these energy grids, they are known as curry grids and hartmann’s grid.

This technology can be incorporated while building the water storage tanks.

The use of 8×8 [64 cells] is for housing colony layouts, small townships and military camps. The 9×9 [81 cells] grid for analysis of homes, palaces and government offices. The 8×8 and 9×9 grids are recommended because 8 is the number of directions and 9 is the number of planets. We shall restrict our discussion to the 9×9 grid. Please refer to the diagram of the Vastu Purush Mandala in the 9×9 format showing the position of all the deities.

The Vastu Purush Mandala is a square because it has been considered as most stable formation. The earth is represented with the symbol of a square.

It has been thought in ancient times that the planets were formed of material thrown out in space due to centrifugal force must be irregular cuboids which due to high speed of self spin and revolution around the sun changed to elliptical form. All atoms and molecules of matter now found to be spherical are considered to be originally cuboids.

The sun energies are said to be having 45 different properties and they occupy one, two, three or nine cells of the vastu purush mandala. The cells are represented by a deity who denotes a positive or a negative energy field created by sun rays in its diurnal travel from sunrise to sunset. It is believed that the phenomenon of refraction, diffraction and dispersion of the rays of the sun produces different strengths of energies which are represented in the Vastu purush mandala.

The Ultra violet radiation (N.E. Corner) has received more attention due to the fact that it produces fluorescence photographic action and many known biological effects, only source of vitamin “D” in the morning which purifies air and water by killing the bacteria.

The meridian sun with the temperature at its peak inducts lowest efficiency and is not conducive for any activities. So the central position (Brahmasthan) is kept vacant, open to sky with no function. The central open space generates air movement and thereby cooling effect to avoid discomfort. Providing air and light to the rooms adjoining the central court, space for household works, etc. are its additional usages.

From the above it is clear that Vastu Purush Mandala is not a simple graph but is deducted on the basis of compatible energy level of the function and its functionary, i.e. Time.

Given below is a diagram of various functions in a home, the allocation of the functions and their position.

KAYABHADRA TYPE OF ALLOCATIONS AS PER VASISTHA

The above figure shows the Kayabhadra type of allocations of various rooms as per ‘Vasistha’ but other treaties give a slightly different allocation.

‘Visvakarma Vaastushastra’ suggests bathroom on the North and Pooja room on the East side.

The ‘Kasyapa-Samhita’ suggests conjugal room to be between the East and the South East direction.