EARTH STRESS HEALING: CAN IT BE DONE? 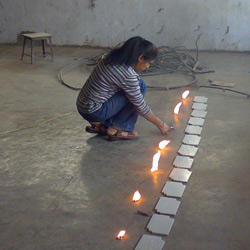 After studying and researching on earth stress I have found that earth stress is indeed very harmful for the body. All over the world good research is being done to remove earth stress.

Earth stress or geopathic stress as it is called has relationship with harmful electromagnetic energy flows within the earth’s crust.

While researching on geopathic stress I have used the services of great clairvoyants and enlightened teachers.

It has been explained that geopathic stress is the common factor in many serious and minor illnesses and psychological conditions, especially those conditions in which the immune system is severely compromised.

When the home or work place of the affected person is neutralized, the geopathic stress conditions resolve themselves and the body begins to heal.

There are four lines of geopathic energy which can be detected and neutralized. The Hartmann Grids and curry grids adversely affect the cellular structure of living organisms. Some affected zones have adverse effect on one’s emotions while others have on physical health. 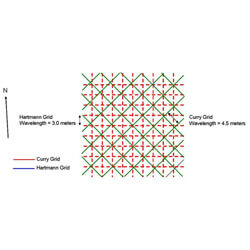 Hartmann Grids were discovered in 1950 by a German medical doctor, Ernst Hartmann. The lines form a grid around the earth, running north to south and east to west, and extend to a height of 60 to 600 feet. The north-south lines appear approximately every 6′ 6″, and the east-west lines appear approximately every 8′ 2″. According to Dr. Hartmann, the worst place that a person can sleep or work is over a Hartmann knot, where two Hartmann lines cross, as harmful radiation is intensified at this juncture.

Geopathic stress Zones caused due to “LEY lines” have a width of 2 to 200 feet, and reach a height of 600 to 30,000 feet. Their direction is random and may be horizontal, vertical or diagonal.

Man made Geopathic stress zones are created by electromagnetic fields which emanate from such structures as high tension wires or satellite towers and a large variety of modern gadgets like microwave ovens, cell phones and cell towers. Man made stress are also due to extensive construction activity with affects the flow of magnetic energy as well as electromagnetic within the earth’s crust.

Man made stress produce an energy that grates on the energy of any given person, producing a chronic subtly annoying and irritating effect. Animals are also affected by these zones.

These energies have a variable range of influence and height, and produce an energy which interferes with one’s personal goals in the place of work as they are constantly causing an irritating effect on the subtle level. Incredible positive changes have occurred immediately when these lines were neutralized.

It is strongly recommended that one’s house be checked for geopathic stress lines if one has a home-based business which seems to be hindered in some way, or feels that “something” is blocking one’s goals. Office buildings should also be neutralized to increase production and cash flow. 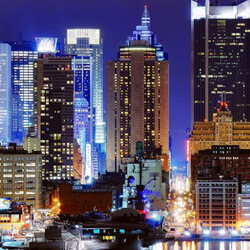 Neutralization of all geopathic lines is first accomplished by discovering the lines through dowsing. After finding the direction of flow and center of the line, copper wire is buried perpendicular to its center. This blocks the line, causing the energies to dome over the structure being neutralized. However I do not recommend this method as it harms some other person especially your neighbor. Secondly it is difficult to access the effect of correction immediately as the width and intensity of the harmful lines changes from full moon to new moon.

The best is way to convert the negative lines to positive, and eliminate the stress with Yurva spiral plates and with heavy Yurva plates. The heavy plates are used to cover more area and also if the strength of the stress is high.

The effect from Hartmann and geopathic lines can literally be felt in the atmosphere. The gray energy is removed and the people feel as if a load has been removed from their shoulders. They immediately feel light and relieved due to the change.

With the kind blessings of my masters, I have discovered another method of neutralizing geopathic lines using a more co-creative method with nature. This is done by assisting Nature’s devas and elementals – nature spirits – to clear a given area. This method is very effective if large mass of land needs clearing.