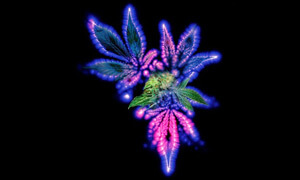 It is impossible to imagine life without colour; colour is the pulse of our existence. Our eyes can detect only a small portion of the visible spectrum, each colour pours unseen powers, which interact with us and influence our lives. The ancient people knew the true meaning of the colours but the knowledge was lost long back. We are only beginning to rediscover the true meaning. It now appears that colours will show the long lost road to heaven.

The red, yellow and blue relate to the body, mind and soul. The primary colours correspond to the primary nature of our beings. Along with other colours they try to bridge the gap between the physical and the spiritual.

Human colour perception is not fully understood as yet by the scientists. Their investigations focus on physiological considerations. They are probing the eye, the brain in an attempt to unveil the intricacies of colour sensing, but even after discovering, will the matter be closed? No, the true investigator cannot rest because the visual perception is not the only way we can see. It is an established fact that even a sightless person can develop an ability to recognize colours.

The fact that vision is not necessary to our awareness of colour [A psychic phenomenon] seems to underscore the idea that colour exists for purposes other than making our surroundings look interesting.

A well-known British colour therapist Theo Gimbel in his book Healing through colour has expressed the view that “The essence of matter is the propagation of spiritual light” in the following words.

“In the realm where it is dark, because there is no light reflected, there is also sound which we cannot hear as it is so high on the scale of harmonics that it is inaccessible to the hearing capacity of any human being. The wonders of creation may be manifested through the gradual slowing down of vibrations. The darkness becomes light, the shadows colour, the colours sound, and sound creates form.”

Like overtones of music, colour is vibration, the spiritualization of tone or sound. Traced down to its smallest particles, the material world revels itself as vibration. It is through their vibrations that colours speak to us, allowing us to see, at least in part, what we cannot hear from the spirit realm. The meanings are hidden in their vibrations.

Every person has an attraction for some colours but not enough for others, this is because he resonates with some colours and these show in effect his latent personality, thoughts and traits. It is not altogether true clothes make a man but colours also do. It is easy in general to judge the aura of a person based on the colour he normally likes and wears the colour of walls of his house, the curtains and the furnishings. He creates surroundings in harmony with his inner self.

Our reaction to colour is decidedly subjective; hence the colours they wear influence our attitude to others. When someone is dressed in soft tints of green or blue it prompts feelings that the person is of refined tastes, who is probably considerate and sincere. Black and gold clothes give an impression of a person who is glamorous and sophisticated. Black also gives a feeling of authority and power. A mysterious person.

Thus a person arouses positive or negative feelings in us, indicating that our judgement and views about everything are coloured, are personal, and we justify the same from our point of view, hence self appraisal, too, is coloured.

When we are considering auras there is no good or bad colour and classifying the colours would mean seeing with a coloured vision. Everything has a proper place in life hence when a particular colour shows up in the aura, it indicates certain traits and tendencies.

The relationship is explained below:

It is possible to photograph the aura above the head and give suitable interpretation depending on the colours. The photograph over the body shows the energy flow and the bad energy causing the blockages is easily identified. The photograph shows the size, shape and form of the disease.

Aura photography is an ideal way of checking the present state of health as this is the only method that shows at the energy level the electro -magnetic disturbances in the auric field and can tell in advance the oncoming of disease. It is easiest to handle disease before its physical manifestation.

So often we hear the word “AURA” What does it mean? We are aware that saints could see the aura and tell about the nature of a person, his on coming disease and also how to cure it. They knew about the vibrations of several of elements of nature and how they could be used to counter the ill effects of the vibrations of the present disease.

The solutions ranged from herbs, vegetables, fruits, metals, crystals, and gemstones to use of prayer. Today with the advancement of technology it is possible to see the aura, photograph it and store it for future reference.

Harry Oldfield, a scientist and a practising homeopath has invented equipment, with the help of which it is possible to photograph the Aura of a person.

Let us first understand what is an Aura? 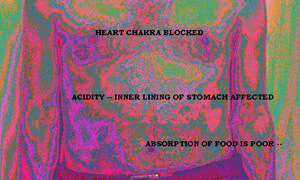 The word aura understood as an energy field comes from Latin, which means “Air”. The term aura not only denotes the unique electro magnetic energy field around a human, an animal or a plant but it also the collective vibrational field generated by the society and mankind has a whole. The net result is the aura of the earth; yes the earth also has an aura that includes the electro magnetic effects generated by radio, TV, high voltage transmission lines and wireless communication devises.

The existence of human energy field has been known and understood since several thousand years all around the globe. Ancient sacred texts of the East have mentioned it and the photographs of gods, saints and holy men show a halo covering the whole body. Cave and temple paintings in India, Sri Lanka are good examples. The awareness of aura has been recorded in ancient Egypt, Greece, Mexico and Peru.

The presence of a luminous body has been recorded in western literature by Pythagoreans around 500 BC. They believed that the light body could produce a variety of effects in the human mechanism and also bring about healing. Pythagoras used musical vibrations, colour and poetry to heal.

The Jewish mystical theosophy which started around the seventh century AD called Cabala, named this energy as “Astral Light”Christian religious paintings portray spiritual entities surrounded by a field of light.

Whenever we talk of aura it is important to understand the efforts of various scientists who have made efforts to prove the presence of an energy field around us and also that energy is emitted by every living organism and cell.

Robert Boyle who is called the Father of Chemistry observed that bacteria emit light and this was dependent on the presence of oxygen. This was in late 1600.

But earlier in the sixteenth century Paracelsus who was considered as the greatest healer of his time did not like the methods by which the doctors treated the patients he was against surgery and called the knife wielding doctors as butchers. He could see the aura and would treat the patients with charms, herbs, music and colours.In 1800s the famous German chemist and industrialist Baron von Reichenbach was interested in the mysteries of electricity and magnetism and spent 30 years in research. He called the life force emanating from living beings as the “odic force” He named it after the Norse god Odin, to suggest the idea of a force with a power to penetrate everything and flow through everything in the universe.

Reichenbach used the services of many sensitives and clairvoyants many of them with scientific background. He concluded that the magnets have a profound effect on the body and the North Pole gave off white light merging into red, yellow, green and blue. The centre of the magnet gave off a glowing green colour.

Presents experiments show that when a magnet is brought near the body the aura becomes more brilliant in that area. If the magnet is moved away the aura slowly regains it original intensity. Under special conditions it has been observed that the attraction between the auras of two human auras is more than that between a magnet and aura.

The aura changes in response to stimuli, It has been observed that in cases of nervous diseases like epilepsy and hysteria the aura remains distorted. Impairment of mental faculties causes lessening of size and distinctness of the aura. People with limited intelligence have grey and dull aura. This normally is detected in extreme cases. The above conclusion clearly shows a connection between the central nervous system and the aura.

Aura is never visible in strong light and cannot be seen in broad daylight, as the soft emanations from the body are lost. To bring the emanations within the range of normal vision an interesting experiment has proved quite successful. Two hermetically sealed pieces of glass containing an alcohol solution of dicyanine [A coal tar dye] was taken and the person who wants to see the aura is asked to look through the glass towards broad daylight and suddenly turn to see a naked person standing in dim light with a black background. Many can see the three distinct types of radiation.

There is no standard scale of colours but there is a general agreement among clairvoyants about the meaning of colours, which are by no means limited to the pure colours of the spectrum. Dr. Annie Bessant and C.W.Leadbeater in their book “Thought Forms” describe not only the predominant colour in the aura to which they ascribe meaning, but a variety of shapes associated with the “Sudden fright”, “ greed for drink” etc. they say that the body under the influence of thought “throws off a vibrating portion of itself, shaped by the nature of its vibrations, and this gathers from the surrounding atmosphere matter similar to itself in fineness from the elemental essence of the mental world”.

According to Leadbeater the colours associated with prominent states of mind are as under.

C.W.Leadbeater considers the human aura to be roughly egg shaped. There are four principal types of aura, which relate to various levels of the human consciousness.

In USA Dr. Edwin Babbit was involved in investigation of the life force. He enjoyed the advantage of being clairvoyant and could make his observations first hand. He used colour in his healing work and his book The principles of light and colour is a classic. His view of the human aura is poetic and he referred to “ Fountains of light pouring towards me from luminous centres merging into all the iridescent splendours on their way. Sometimes, radiations would flow out from me and become lost view in the distance … What was more marvellous than almost anything else was the infinite millions of radiations, emanations and luminous currents which at times I would see streaming from and into and through all things, and filling all the surrounding space with Coruscation and lightning activities”.Dr. Babbit could see the Psycho magnetic curving lines of force surrounding the human body and the human head in particular. It is now possible to see these lines in all its colours.

Aura diagnosis and aura therapy will open your vision to new dimensions.[/vc_column_text][/vc_column][/vc_row]